Previous
View All 12 hearing aids
Next

Previous
View All 12 hearing aids
Next

Unitron are part of the Sonova group who also own partner company Phonak. Unitron were established in 1964 in Ontario Canada. Unitron have a very client-based ethos and provide exemplary care when designing their products to market. Therefore, Unitron are a global brand and can be found in over 70 countries throughout the world. The Sonova group own UK Highstreet company Boots hearing services; therefore, it is likely you will be recommended a Unitron or Phonak product should you visit for your hearing assessed. It is often said that Unitron are the cheaper version of Phonak products, thus meaning lesser quality. We can assure you this is not the case as Unitron are making and continue to make some of the best technology on the market today.

Throughout their existence, Unitron have always been focused on developing products that match the user’s needs. During the 1980’s they became the world leader in behind the ear systems for those who suffered from severe to profound hearing loss. They continue to strive within the industry and remain at the forefront of technology. They have also won several design awards including the Red Dot award in 2017 for the smallest ever receiver in canal hearing aid, The Moxi Now. 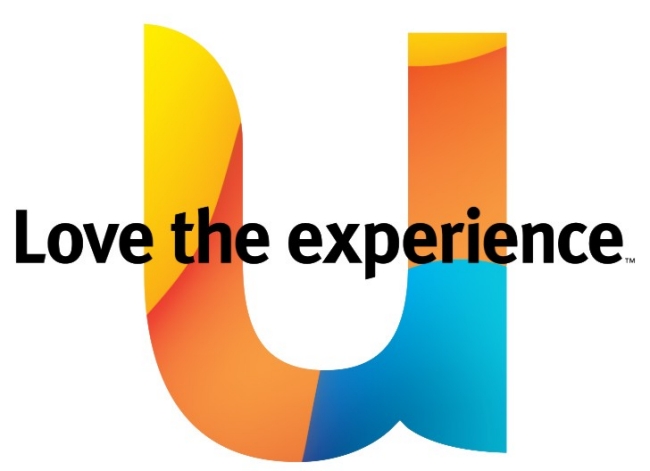 Unitron have a diverse range of products. Hopefully this will help clarify them for you. They come in three types:

- Stride (Behind the Ear)

released in 2019. They are Unitron's fully bluetooth connected instruments for both Apple and Android smartphones. They use low energy bluetooth to allow binaural streaming, rivalling the Phonak Marvel. Unitron have updated the platform to incorporate their latest SoundNav 3.0 and environment classification, which automatically identifies and classifies sound signals and processes them into 7 distinct environments, giving the user maximum distinction, clarity and natural sound.

They also come in a fully rechargeable format giving the user a full day’s usage from a single full charge including streaming. They are fully wireless and are built to facilitate Unitron’s wireless range of products also. We simply think this is a game changer for Unitron and certainly brings them to the forefront of the bluetooth side of the hearing aids market. 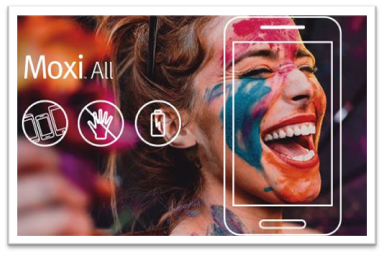 The Moxi All does as its name suggests..... All. It was one of the very first hearing aids on the market to have streaming capabilities for both iOS and Android devices. It was also revolutionary in the sense that it became a hands-free device when taking phones calls, as the hearing aids microphones become speaker phones whilst communicating. Using the Tempus chip, it boasts some of the best speech in noise facilities on the market and is perfect for those users looking for an all in one hearing aid system.

The Moxi all is rechargeable however it’s not built in rechargeability. It uses disposable rechargeable batteries that will have a certain lifespan then require a replacement. This comes as a regular extra cost. We would suggest the Discover now would be a better option as it comes in the same technology levels as the Moxi All.

hearing aids in the world. Compromising of a removal rechargeable battery cell which will last up to a year the Moxi Fir R was revolutionary in the industry as been extremely advanced technology and small, discreet rechargeability.

The Tempus platform gave clear, rich sound and several high-end facilities such as automatic environment switching that are perfect for those with active lifestyles. 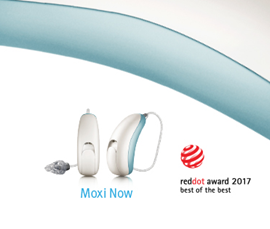 One of Unitron's most successful products released in 2017, the Moxi Now is the smallest receiver in canal hearing aid in the world. It won a 'Red Dot Design' award in 2017. It contains all the same features as the Moxi Fit technology but in almost invisible size. Please note however that the Moxi Now isn’t available in a rechargeable format and requires size 10 batteries. It isn’t compatible with Bluetooth facilities either or wireless. That been said its prefect for those users who want ultimate discretion without sacrificing on quality.

The Behind the Ear range released in 2017 by Unitron. The Stride comes in the tempus range meaning it has all the benefits of sound quality for those users with sever or profound hearing. One of the smallest power systems around the Stride model provides a good fit for those who still want to keep discretion a high priority. Wireless capacity will allow the Stride to connect with Unitron’s range of accessories to give an even greater sound improvement. 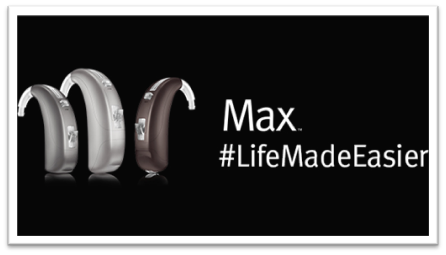 The ultimate superpower system released for those needing the very highest levels of sound quality, whilst having profound hearing loss. The max contains the world’s only 'Power Adaption Manager' which automatically transfer to a safer volume of sound to protect the users hearing. It also allows for a great fit which can be a little trickier with profound hearing loss. Not with Max. Max focuses on providing the best speech sounds and a natural environment setting. 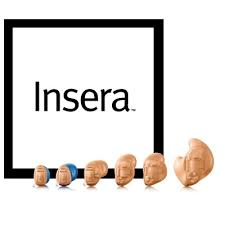 Insera is the In the Ear range of hearing aids in the Tempus platform. Released in 2017 it provided a new dimension to the Unitron product range offering the quality of the Tempus sound, with the discretion of an in the ear fit. They use Unitron's patented Ear Match technology which optimizes the directionality of the microphone to provide a true, clear, distinctive sound to the preferred ear. Using SoundCore the Tempus Insera is modified and personalised to the user’s individual needs. Thus, the user get the most natural sound for their own preference.